Interview: A Science and Technology LES for Intensive ESL Students

I spoke with Isabelle Mapleston, an Intensive ESL teacher at the CSSMI who has been presenting the annual

Junior Tech Challenge to her students for the past 3 years.  This year, four of her teams were selected to compete in the school service center finals, and one made it to the regional finals! Congratulations to her and her students!

What is the Junior Tech Challenge?
The Junior Tech Challenge is the English version of the Défi apprenti génie, which is posted yearly by Réseau Technoscience.  It is a science and technology LES that has been adapted for Cycle 3 (Intensive) ESL students.  In teams, students create a prototype and compete to challenge the efficacy of their prototype.  The competition could take place within the classroom, the school, the service centre, or regionally.  You choose how far you want to compete!

What are the advantages of the Junior Tech Challenge for Intensive ESL students? 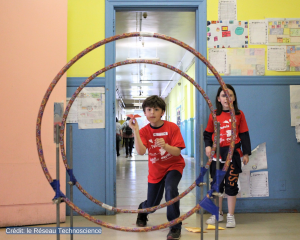 What are the possible challenges of the LES for an ESL teacher?
Teaching Science in ESL:
Not surprisingly, many ESL teachers are not comfortable presenting a science and technology LES in their ESL classroom.  Isabelle discovered that students are already familiar with the concepts, so the preparatory activities were completed quickly and efficiently. The LES is basically a review of concepts that students were already taught, so they were free to create their prototype and practice their English! She also admitted to her students that since she was not a science teacher, she was learning together with them.  Her students appreciated her honesty and were excited that they were given the opportunity to participate in the competition while they were in English class.

Gathering and Paying for Materials: 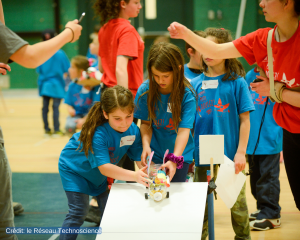 The materials needed to build the prototype were usually easy to gather but could become expensive for an ESL teacher’s budget. The materials for Sort it! were a bit harder to collect, but Isabelle discovered that each school has a budget called, Mesures Inspirantes, where teachers can ask for funds to help support a special project.  These specially allotted funds helped Isabelle pay for the materials her students needed to build their prototypes.

What was the 2021 Junior Tech Challenge?
In Sort it! students were asked to build a prototype that would sort 3 different-sized objects as fast as possible! The following video of the CSSMI finals, features the teams from different schools at the CSSMI that were chosen to present in the regional finals. These finals, which are normally held at a selected school, were all held online.  Isabelle’s students are at 4 minutes and 27 seconds in the video, but it is worth watching the whole 10 minutes for the full experience. 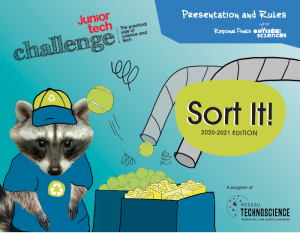 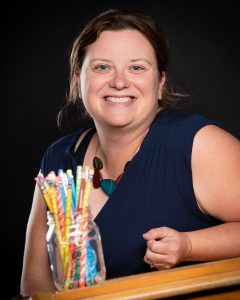 Isabelle Mapleston has been teaching ESL at both the Elementary and Secondary levels since 2004, and as a homeroom teacher for a few of those years. Recently, she has been teaching the Intensive ESL Project to grade 6 students. She has been participating in the Junior Tech Challenge for several years, and feels that it engages her students and increases their motivation to speak English.

I’d like to thank Isabelle for taking the time to share her experiences with the Junior Tech Challenge with us, and I encourage more Intensive ESL teachers to explore this LES with their students.